aames for the stars

Queens in chess can "attack" in every linear direction. That is, a queen is considered to be "attacking" any piece which is on the same row, column or diagonal as the queen.
​
Can you place 8 queens on an 8x8 chessboard such that no queen is attacking any other queen?

You are standing by the duck pond with two pails. One holds 7 gallons and the other holds 3 gallons. Neither one of them has gallon markings on the side. How can you get exactly 5 gallons of water in the big pail?

A while later the man behind the desk realized the room was only $25 so he sent the bellboy to the 3 guys' room with $5. On the way the bellboy couldn't figure out how to split $5 evenly between 3 men, so he gave each man a $1 and kept the other $2 for himself.

Can you just smell that? It's the smell of brains hard at work. We're at it again, today we're going to help the painter.

Scott the painter is going to paint the floors of 16 rooms. He is in room #1. He can go through any door (see diagram). He cannot return to any room once he has painted it — slow­ drying paint! In what order should he paint the rooms? Obviously, #16 must be last.​ 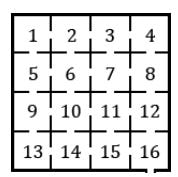 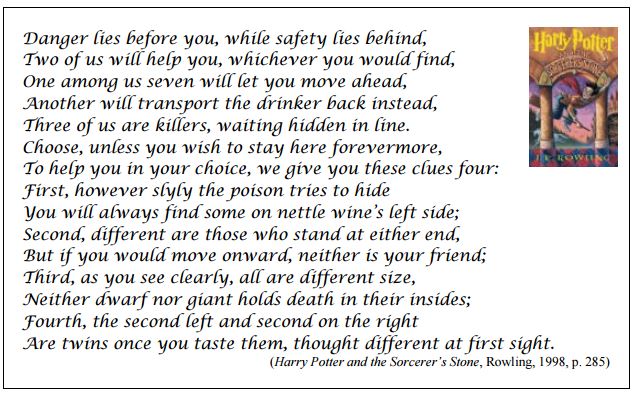